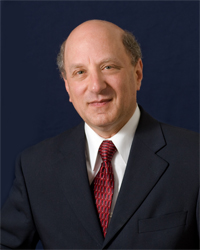 Raphael Metzger is the principal of the Metzger Law Group, a boutique firm in Long Beach, California, whose practice is concentrated on litigating occupational toxic tort cases – cases in which workers have sustained toxic injuries from occupational chemical exposure.  Under Mr. Metzger’s direction, the firm has obtained numerous settlements/verdicts in seven figures for workers who suffer from occupational cancers – mostly leukemias from benzene exposure.

Mr. Metzger received his undergraduate education at Northwestern University and received a M.M. from Indiana University and a D.M.E. from Johns Hopkins University.  After teaching at the Claremont Colleges, he attended Southwestern University School of Law in Los Angeles, completing his J.D. in two years, during which period he wrote an article that was awarded a national prize in the Nathan Burkan Memorial Copyright Competition.

In 1985, Mr. Metzger began practicing law, litigating securities fraud and business tort cases. In 1987 he opened his own office, handling securities fraud and business litigation.  Later that year he filed his first environmental case, representing a corporate owner of a Superfund site.  On behalf of the company and its principals, Mr. Metzger litigated several environmental cases, including a CERCLA and RCRA case against oil companies, environmental contamination insurance coverage cases, and agency enforcement cases for pollution and contamination.

In 1990, Mr. Metzger was asked to represent his first client suffering toxic injuries — a woman who had worked at a detergent manufacturing plant and had sustained life-threatening injuries from occupational exposure to caustic and irritant chemicals. Mr. Metzger filed suit for the woman against more than 50 chemical companies, obtaining settlements in seven figures after ten weeks of trial.  Ever since, he has concentrated on litigating occupational toxic tort cases.

Mr. Metzger has also secured insurance for organ transplants for clients. He considers his greatest success a case in which he negotiated unlimited lifetime medical care for a client who, for a time, was the longest-surviving female single-lung transplant recipient in the world.

Mr. Metzger is a member of the California Bar, all federal district courts in the State of California, the federal Court of Appeals for the Ninth Circuit, and the United States Supreme Court.  He is also a member of various legal organizations and professional societies.  For several years he has co-chaired the Benzene Litigation Group of the American Association for Justice (AAJ).  He has also served as President of the Section on Toxic, Environmental and Pharmaceutical Torts (STEP) of AAJ, and chaired the organization’s 2005 program.

He has successfully litigated several appellate cases in California state and federal courts and has authored several amicus curiae briefs in toxic tort cases filed in the California Supreme Court, the New York Court of Appeal, and the First and Second U.S. Circuit Courts of Appeals.