Protecting People From Carcinogens in Food 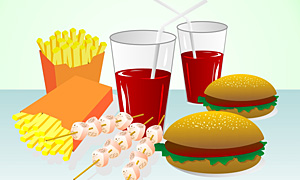 The Metzger Law Group is deeply concerned that more than 4 out of every 10 Americans will suffer from cancer during their lives and that many of these unfortunate members of our society will die from their cancers.  Although the firm’s litigation focuses primarily on industrial carcinogens, the firm recognizes that most cancers result from carcinogens in the human diet.  In recent years, the firm has therefore litigated cases to remove carcinogens from the food we eat.

In 2002, the Metzger Law Group brought the first case to require fast food companies to warn consumers that their french fries contain dangerously high levels of the carcinogen acrylamide.  Because the science of acrylamide in food was then in its infancy, the California Attorney General initially discouraged the lawsuit, but as the science developed and the cancer hazard from acrylamide in food became clear, the Attorney General joined the case.  Together with the Attorney General, the Metzger Law Group litigated cases against fast food companies whose french fries contained high levels of acrylamide and potato chip companies whose chips also contained the carcinogen.  After several years of litigation, the cases settled with the fast food companies agreeing to provide cancer hazard warnings for their french fries and the potato chip manufacturers redesigning their manufacturing processes to reduce the acrylamide content of their chips to levels considered safe by the California Environmental Protection Agency.

In 2009, the Metzger Law Group sued the ready-to-drink coffee industry to require companies selling ready-to-drink coffee in California to remove the acrylamide from their coffee products or to give Californians the cancer hazard warnings they are entitled to receive by law.  In 2010, the Metzger Law Group commenced action against manufacturers and sellers of coffee beans and coffee grounds to require these companies to remove acrylamide out of coffee beans and grounds, or to provide cancer hazard warnings to the consuming public.  The firm is advocating an industry-wide settlement of these cases which would create a multi-million dollar foundation that would fund research into the technologies and implementation of methodologies to eliminate the carcinogen acrylamide from all coffee products sold in California.  The Metzger Law Group is hopeful that once the technologies have been developed and implemented to remove acrylamide from the coffee that Californians drink, the coffee industry will come to appreciate the benefits of making safe coffee products and implement technologies at coffee bean roasting facilities throughout the country to prevent the contamination of coffee with this deadly carcinogen.