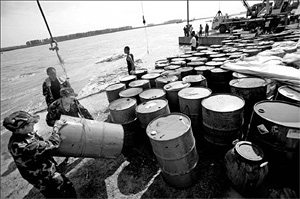 In 2001, researchers affiliated with the European Study Group on Atypical Parkinsonisms investigated causality between organic solvent exposure and multiple system atrophy, a rare form of atypical Parkinsonism. Vanacore N, et al., “Epidemiology of multiple system atrophy,” Neurol. Sci. 22(1):97-9 (2001). These researchers noted that only one case-control study had been done of this rare disease and that the study showed an increased risk of MSA associated with occupational exposure to organic solvents, as well as plastic monomers, pesticides, and metals — all substances which involve the use of organic solvents.

Thus, the causal association between organic solvent exposure and development of neurodegenerative diseases is now well-supported by the epidemiologic literature.  In recent years, the Metzger Law Group has litigated several cases of workers who were occupationally exposed to organic solvents and unfortunately developed various neurodegenerative diseases.