How We Protect Children 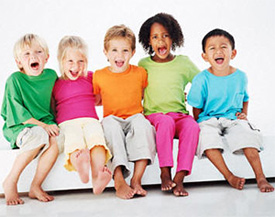 Why Children Need Special Protection from Chemical Toxins. According to the EPA’s Office of Children’s Health Protection, children are especially susceptible to the effects of toxic chemicals.  Pound for pound, children breathe more air, drink more water, and eat more food, and when they play, they crawl and put things in their mouths. As a result, children have an increased chance of exposure to potential pollutants, and because children’s bodies are still developing, they process these pollutants differently than adults.  They also have many years ahead of them and are therefore at a greater risk than adults of developing future cancers.

Protecting Children from Carcinogens in Food. Unfortunately, there are carcinogens in the food our children eat, which presents a special hazard to them of developing cancer later in life.  The Metzger Law Group litigated a major case to require McDonald’s and Burger King to provide cancer hazard warnings regarding the carcinogen acrylamide in their french fries.  After more than 6 years of litigation, the companies agreed to give the cancer hazard warnings in their California stores.  Now, mothers buying fast food for their children in California are informed that acrylamide is in french fries and that they can protect their children by buying them mashed potatoes (which do not contain acrylamide) instead of carcinogenic french fries.

Protecting Children from Exposure to Asbestos. Upon learning that children were being exposed to asbestos from powder in a CSI Fingerprint Examination Kit, the Metzger Law Group filed suit against the manufacturer of the product and retailers who sold the product.  This lawsuit prompted the manufacturer and the retailers to recall this extremely dangerous product.

Protecting Children from Harmful Flame Retardant Chemicals in Furniture. Upholstered furniture in our homes contains large quantities of brominated flame retardants.  These very toxic chemicals leach out of furniture so infants and children are exposed to them on sofas, chairs, and beds.  They are also spread around our homes and get into carpets which infants crawl on.  The Metzger Law Group pursued litigation against Chemtura, the largest manufacturer of brominated flame retardants, to require this large chemical company to fund a “cash for couches” program to buy back contaminated couches from California consumers.  Unfortunately, Chemtura avoided its obligation to remove toxic furniture from the homes of Californians by filing bankruptcy and persuading a federal bankruptcy judge to dismiss the lawsuit.  As a result of this tactic, Chemtura will soon emerge from bankruptcy, a very rich company, but one which will not have obligations to remove furniture containing toxic flame retardants from our homes.  The lesson to be learned is that bankruptcy laws that favor corporate scofflaws are harmful to children.

Obtaining Compensation for Children Injured by Pesticides. The Metzger Law Group has litigated cases on behalf of children seriously injured from exposure to toxic pesticides.

At the Metzger Law Group, we do what we can to protect children!