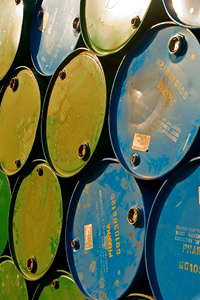 The first medical case of occupational cancer was reported in 1775 by Percival Pott, who described scrotal cancer among British chimney sweeps. However, it was not until more than 150 years later that benzo(a)pyrene was identified as the probable causative agent in chimney soot.

The International Agency for Research on Cancer (IARC) is an international agency of the World Health Organization that evaluates the carcinogenicity of chemicals. In the United States, chemicals are evaluated for carcinogenicity by the National Toxicology Program (NTP) of the U.S. Public Health Service, the National Institute for Occupational Safety and Health (NIOSH), and the American Conference of Governmental Industrial Hygienists (ACGIH). In California, the Office of Environmental Health Hazard Assessment (OEHHA) of the California Environmental Protection Agency (Cal-EPA) publishes a list of chemicals known to the State of California to cause cancer.

Because workers are typically exposed to a greater number of carcinogens for longer periods of time than the general population, most chemically-induced cancers have first been identified in occupational environments. The estimate typically found in the scientific literature is that about two to eight percent of all human cancers are of occupational origin, while it has been estimated that 85% of all cancer is caused by environmental chemicals. Indeed, it is a common opinion held by most scientists in the field of carcinogenesis that environmental chemicals contribute significantly to the development of cancer in humans and do so to a much greater extent than any other agents.

Workers exposed to carcinogens in a number of occupations are at an increased risk of developing cancer. Among those at increased risk are health care workers, pharmaceutical and laboratory workers, refinery workers, painters, leather workers, rubber workers, furniture makers, and pesticide workers. As chemicals and industrial processes continue to be evaluated, additional causes of cancer are ascertained. The story of chemically-induced cancer has only just begun.